Bringing Families Back Together 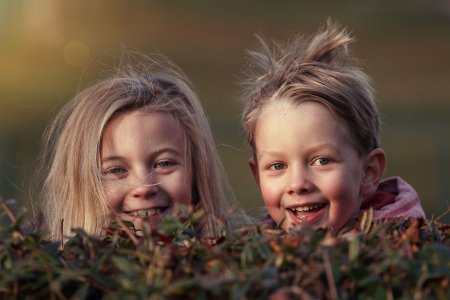 Every child deserves the opportunity to develop a healthy and secure relationship with both parents.

When children can enjoy balanced interpersonal relationships with the people closest to them, they flourish. However, in some situations that is not possible for every child. With CLC’s intervention comes the assurance that each parent will be given the tools to create a bond with their child.

Mia and Rachel were just 6 months old and 2 years old when their father, Edgar, was incarcerated. This prevented the girls from having any meaningful relationship with him: they grew up largely without a father figure, leaving their mother, Aileen struggling to fill both roles.

When Edgar was released from prison, he desperately wanted to be part of his daughters’ lives again. Mia and Rachel were now 6 and 8 years old and had only known a life without their dad, but Edgar was determined to rebuild his relationship with them. Unfortunately, Edgar was still battling with substance abuse issues, leading Aileen to refuse Edgar access to the girls. Aileen and Edgar’s opinions differed so drastically as to what was best for the girls that they were at constant odds with one another, placing the girls in a potentially volatile environment. Many months passed and Edgar grew distraught about whether he would ever be able to have a relationship with his girls again. Because Mia and Rachel were caught in the middle of their parents’ conflict, the Court appointed a CLC attorney to serve as the girls’ Guardian ad litem (GAL), a person who looks out for the child.

CLC’s attorney, together with our staff social worker, gathered information about the girls and their family in order to help develop an effective parenting plan and provide appropriate referrals to the girls and their parents. Although Edgar’s affection for Rachel and Mia was evident, CLC’s team recommended that Edgar work on addressing his substance abuse issues if he were serious about having the girls back in his life. With CLC’s help, Edgar entered a substance abuse treatment program to help him take the necessary steps and reach his goal of reformation. Despite Edgar’s efforts, Aileen was still considerably distrustful of his character and the negative impact he might have on the girls. This resulted in significant levels of conflict between Edgar and Aileen that prevented any possibility of compromise. CLC knew that Aileen and Edgar needed to learn how to communicate more effectively with one another in order to minimize their conflict. The elimination of negative communication between these parents meant that there would be more room for each to better hear the other and develop a more stable and happier environment for Mia and Rachel.

Both parents had a long way to go but they worked hard and listened to CLC’s recommendations in order to help Mia and Rachel have both of them present in their lives. Edgar began having very limited supervised visits with the girls that gradually turned into two hours of unsupervised access a few times a week. Eventually, with CLC’s help, Aileen and Edgar agreed that Edgar would enjoy time with the girls every other weekend and on Wednesday nights the girls would have a special treat of “Dinner at Dad’s.”

On the final day at the courthouse, Mia and Rachel ran up to their dad and showered him with hugs and kisses. It was easy to see just how profound the impact of their dad’s re-involvement in their lives had been. With tears in his eyes and a big hug, Edgar thanked the CLC attorney assigned to his case. Aileen, too, knew how much this meant to the girls and thanked CLC for making this reconciliation with their dad possible. Edgar and Aileen will still have to work at managing a co-parenting relationship but they feel confident knowing that CLC has given them the necessary tools to effectively communicate with one another and limit as much conflict in the girls’ lives as possible.

While CLC’s attorney remains available to Mia and Rachel should they need him, their parents are committed to coparenting in a way that supports what is best for the girls. Since the last court appearance, this case has remained closed— and it is due largely to the dedication and hard work of Aileen and Edgar, and to the incredible CLC staff who work tirelessly to ensure that the benefit of having both parents in a child’s life is attainable.