Families in Transition: Where Co-Parenting Develops 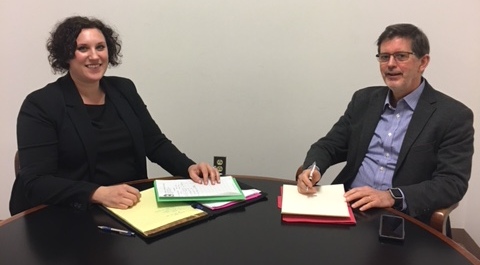 When Miranda and Leon began participating in our Families in Transition (FIT) program, their co-parenting relationship had been filled with anger and resentment for quite some time. They had their son Eli after a whirlwind relationship, and managed to successfully co-parent for the first few years of his life. Leon would care for Eli during the day while Miranda worked full-time, and Miranda would take Eli during weekends and evenings when Leon worked. Things began to unravel when Leon began a new relationship and eventually got married. Miranda butted heads with Leon’s new wife, and began to withhold his visits with their son.

A few months later, Miranda was arrested for driving under the influence. The court granted Leon temporary sole custody, and Eli moved in full-time with him and his new wife. Eli was put into therapy and began asking to see his mom. Leon spoke to Miranda and suggested that they attend mediation together since they were having trouble communicating, and neither of them wanted to spend the money or time to continue battling in court.

Their first session at FIT was almost their last, as Miranda angrily stormed out before the end of the hour. Although the process wasn’t always easy, they both continued with mediation, stating that they were willing to do whatever it took to get along for Eli’s sake. Through listening, understanding and being educated about the harmful effects that their conflict had on Eli, Miranda and Leon began speaking to each other in a significantly more positive manner. Having mediators in each session to aid the flow of conversation helped them to communicate more effectively, and they both were able to fully hear each other for the first time.

With the help of their FIT mediators, Miranda and Leon were able to come to an agreement regarding visitation while Miranda sought help for her substance abuse issues. They learned to co-parent in a non-combative manner that showed Eli that his parents could put aside their issues for him to have healthy, happy relationships with both parents. Although Miranda and Leon’s new wife still have a rocky relationship, their conflict during transitions was eased with conflict reduction strategies and suggestions from the FIT mediators.

Although each day is not perfect, the mediators were able to teach these parents essential skills to help them co-parent their son. They both expressed gratitude knowing that FIT is there in the future in case they need to return to discuss any issues that come up in their co-parenting relationship, and are ready to continue working together to create the best co-parenting situation possible for Eli.

For more information on our Families in Transition program, go to: www.clcct.org/mediation